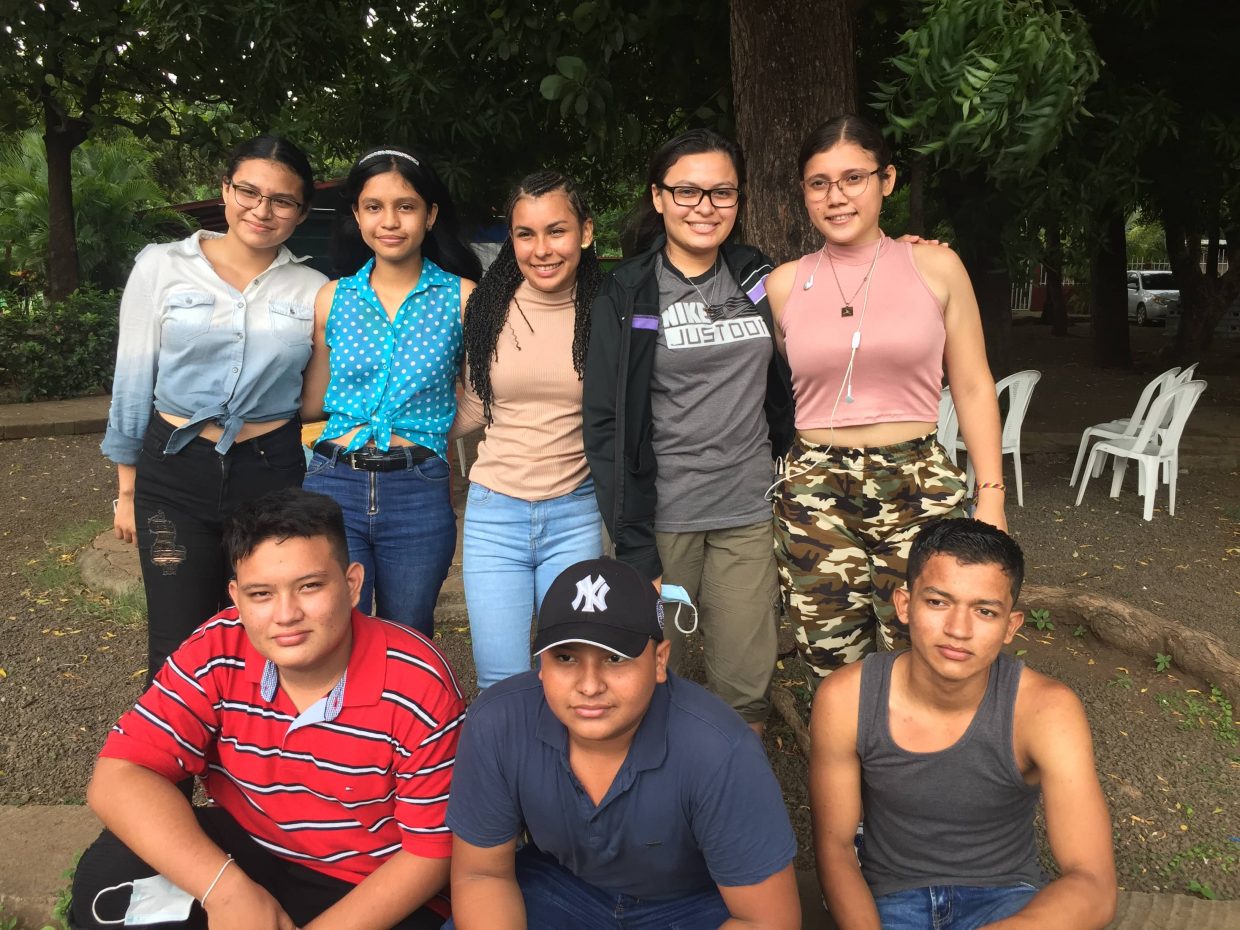 Colegio Cristiano Havila produced its first class of high school graduates in December of 2020, and a mini class reunion several months later revealed a group of young men and women who are making progress toward lofty goals.

The alumni at the reunion reported that at least 13 of the 14 graduates ¬– they weren’t sure about one of their classmates – are in higher education of some kind.

Three of the graduates are studying to become accountants.  Two are in engineering programs.  If all goes well, there will be an attorney, a mechanic, a nurse, a physician, an architect, and two veterinarians in the group.

“I know the road is not going to be easy, and we’re just barely starting,” Rashell, the aspiring attorney, said through an interpreter.  “But with God’s help we hope that soon we can become professionals.”

Eleven members of the Class of 2020 are receiving financial support from UNIDOS Nicaragua thanks to a college scholarship fund made possible by donors.

Two of them are on full support, seven have 50% of their college costs funded by UNIDOS, and two had some initial costs covered.

For many of them, the support from UNIDOS is the difference between staying in school and entering the work force in a low paying job at a time when the Nicaraguan economy is in desperate straits.

“We were worried because most of them would not go on to study,” Ofelia said through an interpreter.  Ofelia is Havila’s office manager and served on the faculty committee that determined the scholarship awards.

“When we heard the news that you (UNIDOS) were going to help these kids, we fell on our knees and thanked the Lord,” Ofelia said.  “Right now, many families are suffering from unemployment.  They just barely can afford what is needed for home.  But with this monetary help that they receive, it’s a great benefit for them and their families.”

“I am very thankful for all the people who are helping us out,” Jullissa said through an interpreter.  Jullissa hopes to become a nurse.  “There is a lot of support for all of us.  I hope that once we start working we can impress the people who have been making this effort with us.”

The young alumni also are grateful for the education they received at Havila.  All eight who attended the reunion said in an anonymous survey that they were “well prepared” or “extremely well prepared” for higher education.

Some of them are already thinking about paying it forward.  Among them is Jerin, who is studying to become an accountant.

“I chose this career because I like administration and I see myself working for a big company or maybe starting my own family business,” Jerin said through an interpreter.  “If I can achieve that, I can probably become a sponsor at Havila.”

Graduating seniors from the Class of 2020 (with one student absent)